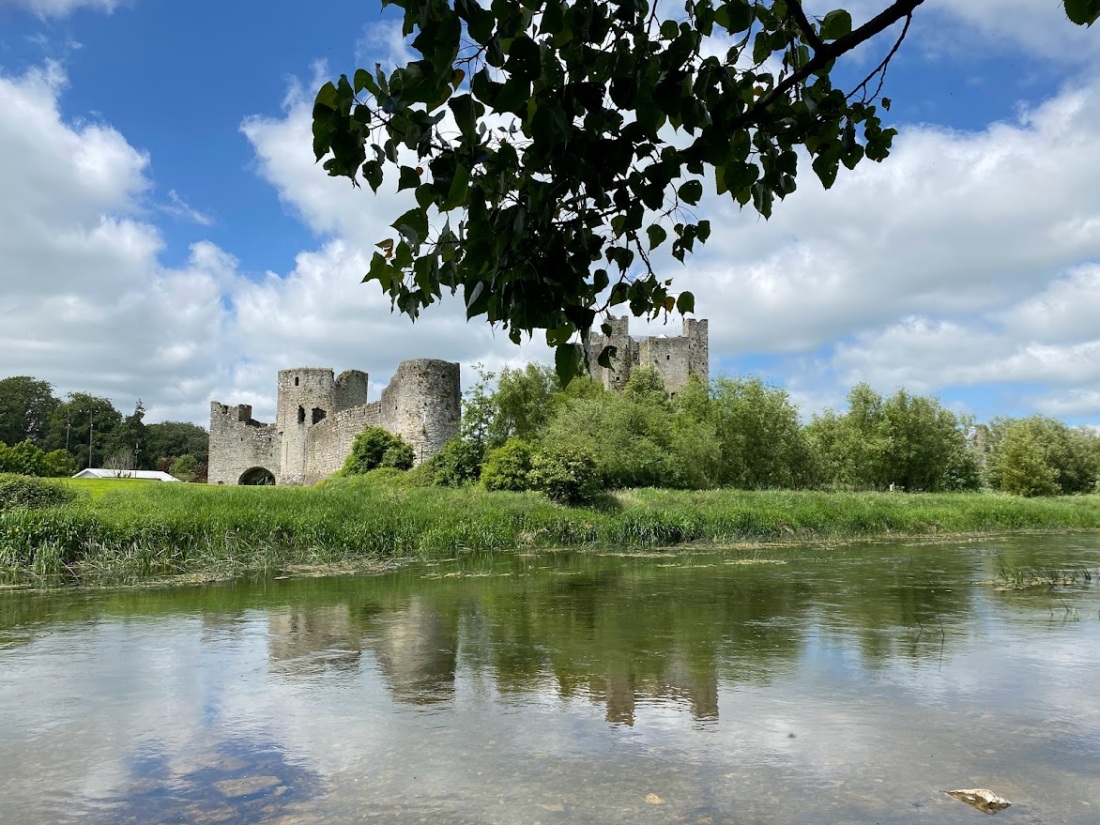 Small towns may not be particularly big on tourist attractions or even popular with tourists so to speak, but I believe that they are a story in themselves, and not merely a much-needed comma in a sentence. We make a pit stop or two whilst travelling, and it has always led to interesting experiences. Like the gentlest dog we encountered on our way back from Chikmagalur. 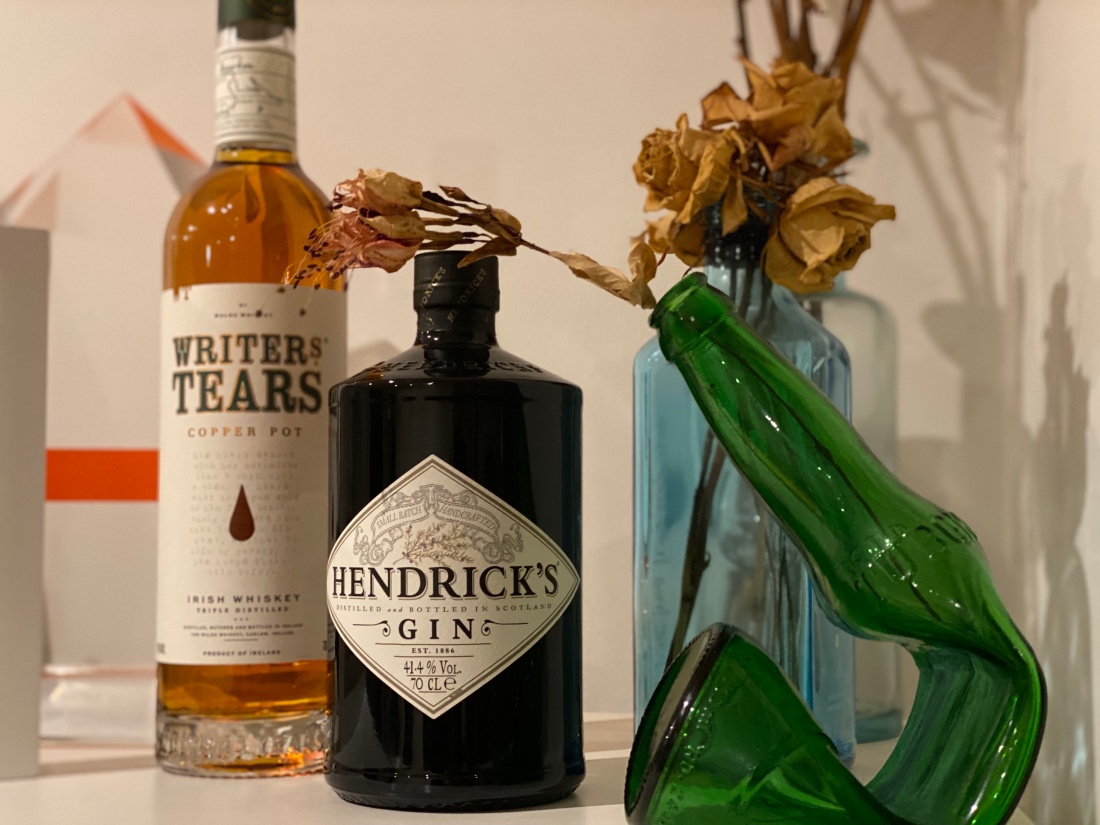 I grew up surrounded by money plants in bottles that were in the second innings of their lives. Perhaps that is why when I see any 'good looking' alcohol bottles, my first instinct is - when would these be empty of their contents and be mine? Mine to put in dried roses or flowers that I save from withering bouquets, or to put in a feather or a paintbrush? 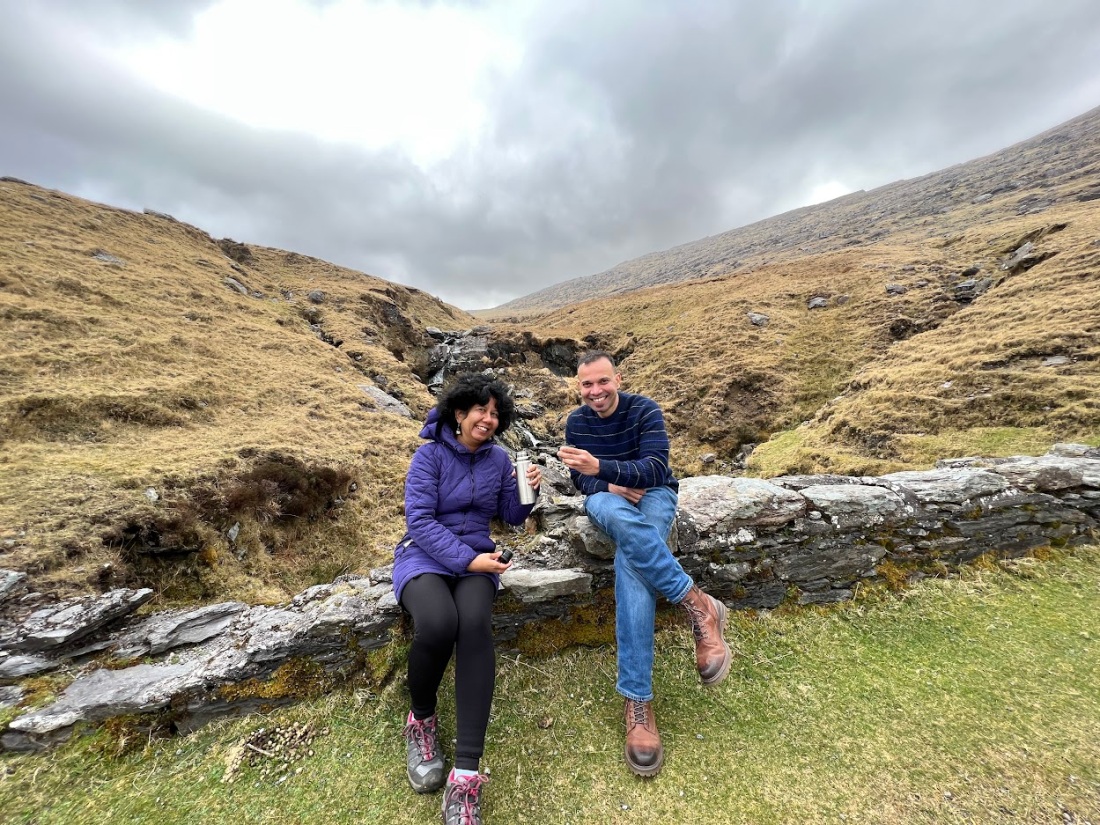 In March this year, we had the opportunity to drive through the Healy Pass. Often described as one of Ireland's greatest drives, this is a mountain pass that snakes its way through some breath-taking views at an elevation of about 334 meters. We were holidaying in West Cork, and the Healy Pass is located in … END_OF_DOCUMENT_TOKEN_TO_BE_REPLACED

From the remaining portion of the bottle gourd, Pinky made dudhi no halwo (a sweet dish made by grated bottle gourd, milk, sugar and condensed milk or khoya.) She also saved the peels and seeds, and mashed them up along with a tomato, a stub of ginger and green chillies and gave the mixture a nice tadka (tempering) of mustard seeds, asafoetida, curry leaves and salt. And voila, she had a rather delicious chutney too! 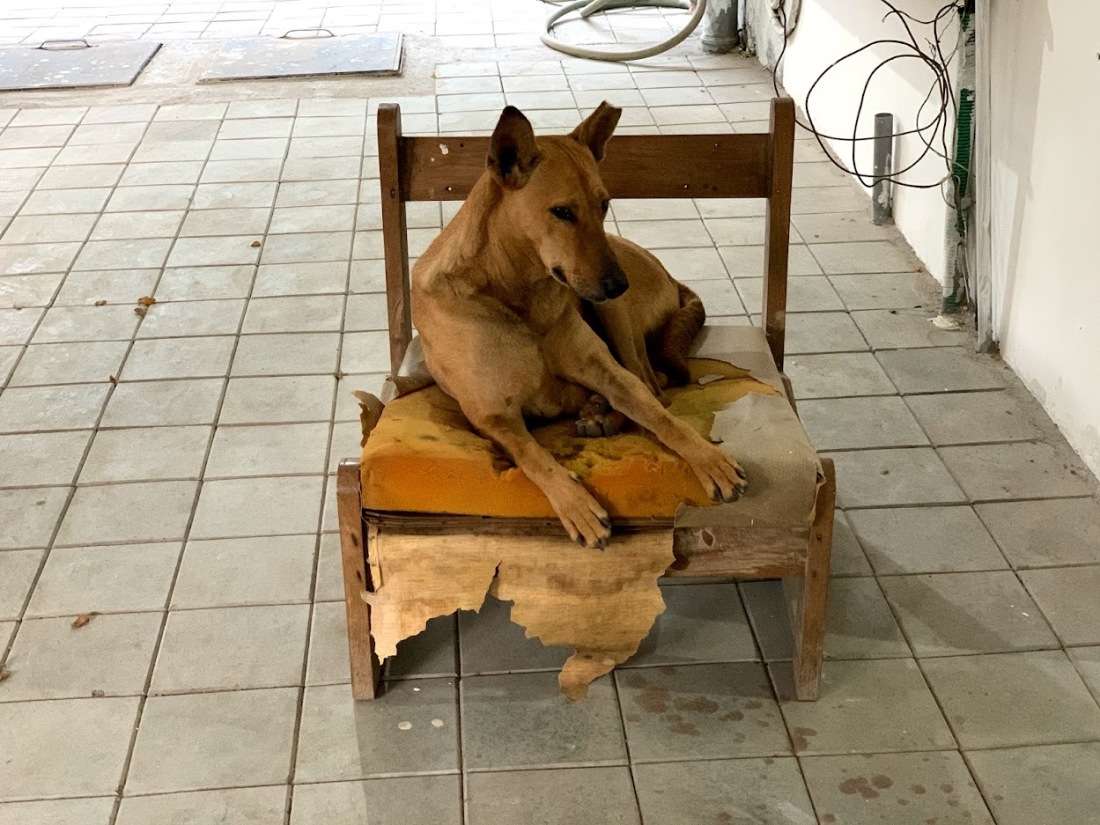 Here's a toast to all dogs on National Dog Day - for the love you bring us all. Whether you are a stray or a pet. I don't have a dog of my own, but all those kind humans who let me play with theirs - thank you so much. So full of gratitude always. And to the dog at the waterfall near Chikmagalur - you will always be in my heart.

Most artists, even some of the biggest names in the art world were very humble and simple. I remember going to their homes where I would often share a cup of tea as they talked about what inspired them, what they were working on, and sometimes we would talk about a flower, a leaf and the significance it held in their creative process. So, imagine my delight when I got to work on a project that involved translating Jyoti Bhatt’s anecdotes and stories from Gujarati to English, and to edit them in a manner that would reflect the style, spirit and essence of what the famed artist was trying to convey. 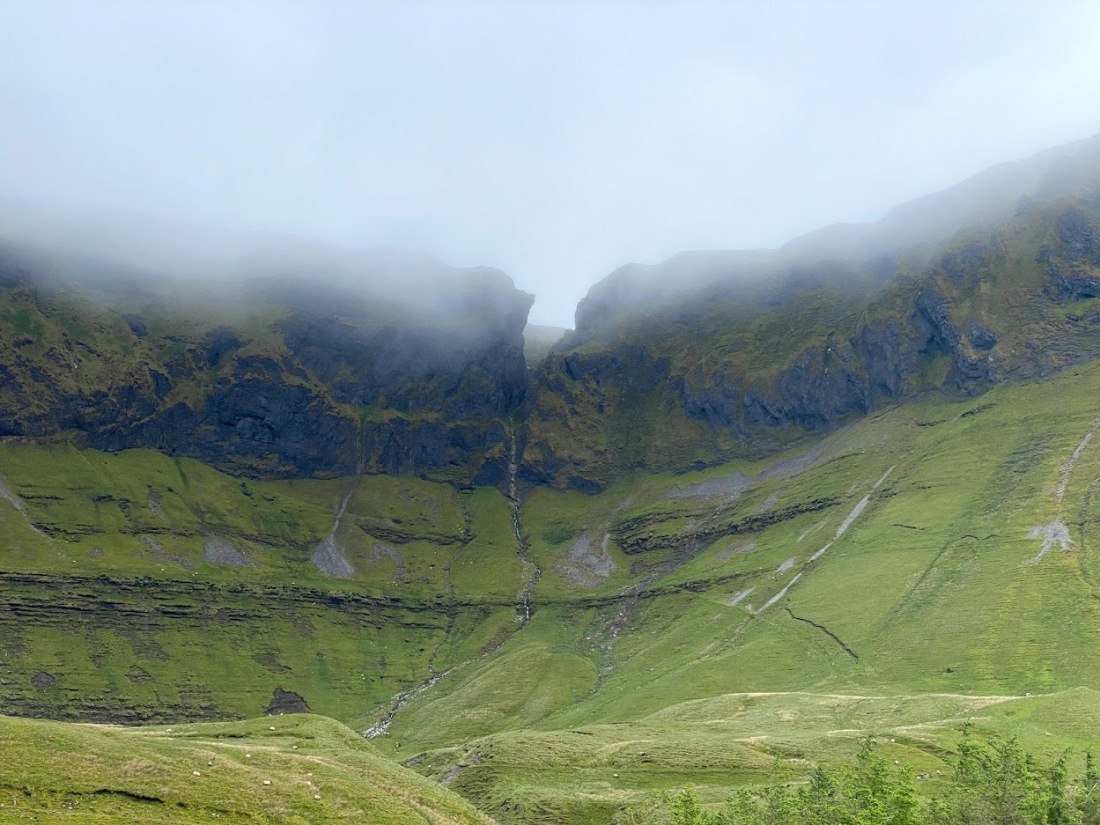 Did you know that in Ireland, in 1999 a 'sacred' bush in Co Clare was protected after it was deemed to be the abode of fairies? And that the plans for a motorway bypass had been worked upon or modified in such a way that the bush wouldn't be destroyed? There are also many caves across Ireland where, as the story goes, the tragic lovers Diarmuid and Grainne slept and hid. And one of these caves is in the Gleniff Horseshoe, which itself is a place full of magic and breath-taking beauty. The world around us is full of such stories. No matter where we travel to - each region has a rich repertoire of folklores and fairy tales. And that is why this blog on World Folklore Day, which falls on 22nd August every year. 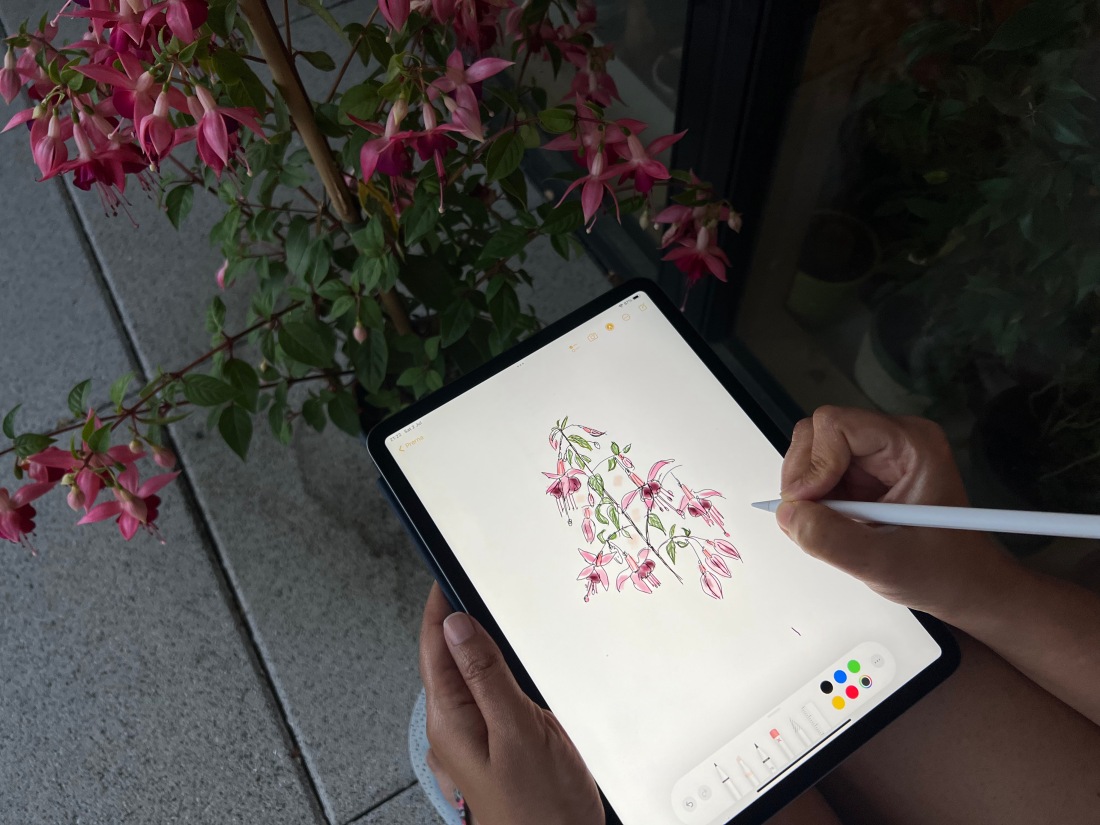 I have fallen in love with the fuschia flowers. I hadn't encountered fuschia whilst we lived in India, but the more I saw of them in Ireland, the more they began to embed themselves in my heart. Their reds, pinks, purples, blues...The way they hang upside down, like little chandeliers made of rainbows. Or ballerinas in colourful outfits and multiple feet! I have also derived a very precious pleasure, one that I cannot quite articulate, by picking up the fallen fuschia flowers in our balcony. It takes me back to a time when I used to pick up and gather the parijat flowers in my mother's garden. 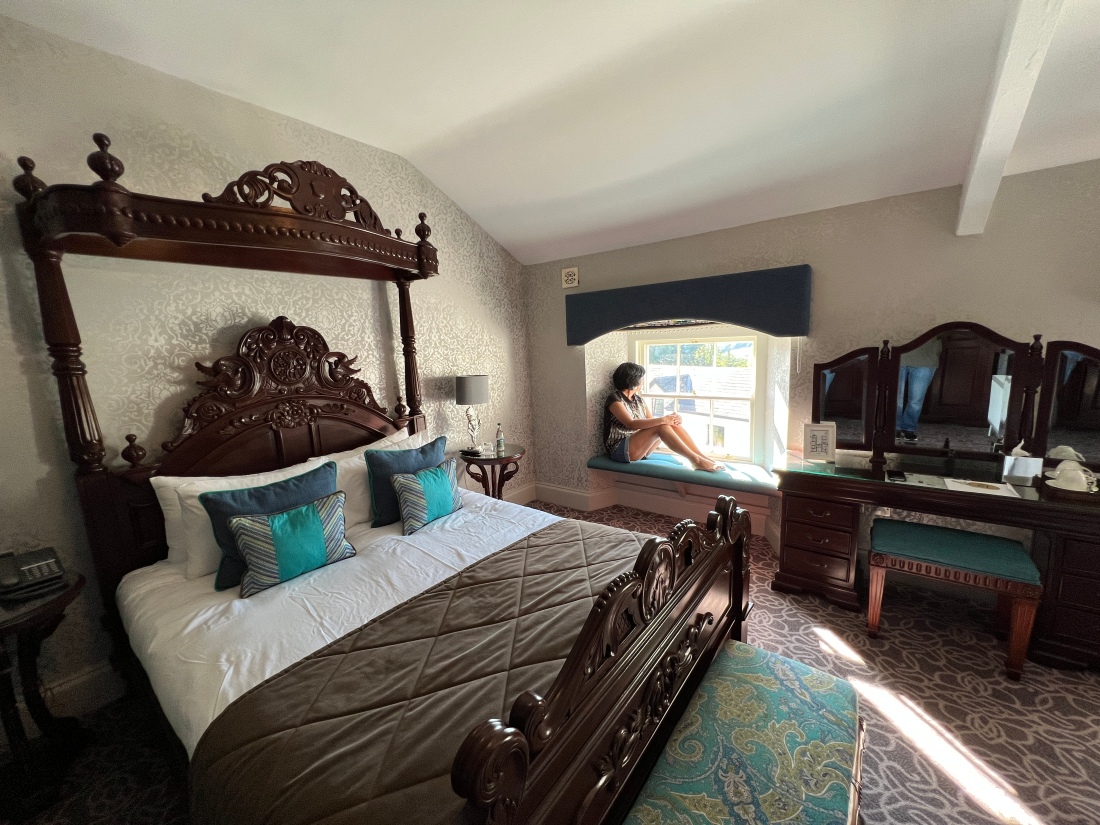 Gardens also put an indelible stamp on my heart from the books I read. First and foremost among them was The Secret Garden. Then there were the gardens from Daphne Du Maurier's novels. If you have read Rebecca, you will forever remember the gardens of Manderly, and especially the 'Happy Valley' where rhododendrons and azaleas are pleasantly fragrant even in the rain, in colors of “salmon, white, and gold.” Again in My Cousin Rachel by Maurier, you would witness two different types of gardens. The Italian one in Rachel's Villa Sangalletti in Florence, and the English one in Cornwall (Remember the 'sunken garden'?) I am still enamoured by both of these 'literary' gardens.

My kaka (a term Gujaratis use for their father's brother) had a garment factory in Dar-es-Salaam, and he would often get some swatches of synthetic fabrics. My mother would fashion these into frocks, curtains, covers for my writing desk...Sometimes my dress and desk cover would be from the same swatch of fabric.